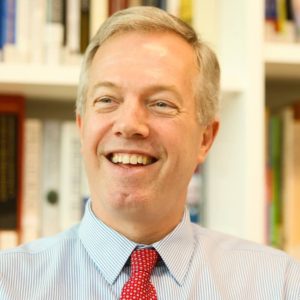 Ambassador Ted Osius is a Senior Advisor at ASG, where he draws on more than 30 years of public and private sector experience to advise clients with interests across Southeast Asia.

From 2014 to 2017, Mr. Osius served as U.S. ambassador to Vietnam. In this role, Ambassador Osius helped deepen security ties, signed tens of billions of dollars’ worth of commercial deals, and concluded agreements on trade, law enforcement, and environmental protection.

Earlier, Mr. Osius served as Deputy Chief of Mission in Jakarta, Indonesia, and Political Minister-Counselor in New Delhi, India. Mr. Osius also served as deputy director of the Office of Korean Affairs at the State Department, regional environment officer for Southeast Asia and the Pacific in Bangkok, and White House senior advisor on Asia and trade in the Office of the Vice President. He also worked as associate professor at the National War College and was a Senior Fellow at the Center for International and Strategic Studies.

Mr. Osius has authored numerous books and articles on U.S.-Asia policy and the foreign service tradecraft. He is a member of the Board of Governors of the American Chamber of Commerce Vietnam.

Mr. Osius earned a B.A. from Harvard University, an M.A. from Johns Hopkins University’s School of Advanced International Studies, and an Honorary Doctorate from Ho Chi Minh City University of Technology and Education. He was the first U.S. ambassador to receive the Order of Friendship from the President of Vietnam.

He is based in Ho Chi Minh City, Vietnam, and speaks Vietnamese, French and Italian, as well as a bit of Arabic, Hindi, Thai, Japanese, and Indonesian.